Celeste is a game that surprises you with empathy.

One second you’re just barely making it across some chasm, heart racing… the next your heart is warmed by a storyline that’s so relatable and so human that you might never see it coming.

The story ties together so well with the high difficulty level that it becomes a personal challenge to finish it. It turns into something that you want to prove to yourself that you’re capable of. 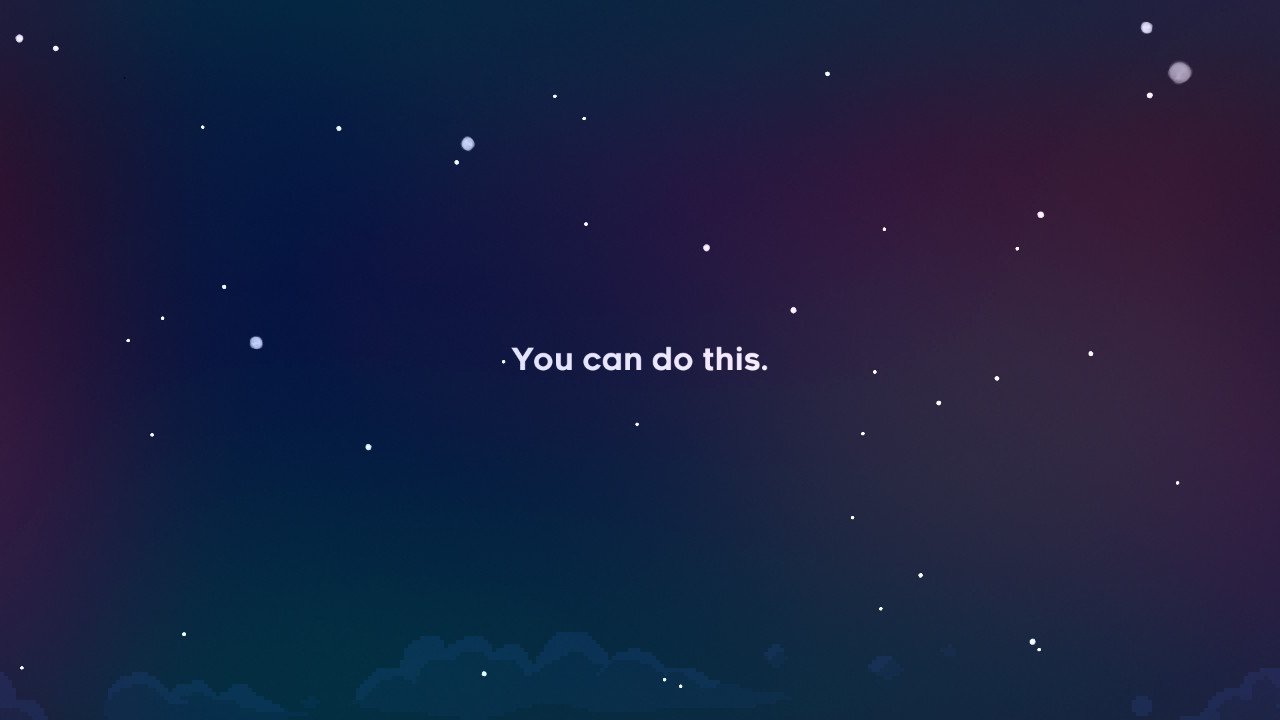 The story is what kept me pushing through the punishing, but ultimately very rewarding levels. There are parts of this story that are just so real that you know the developers of this game have lived these storylines. 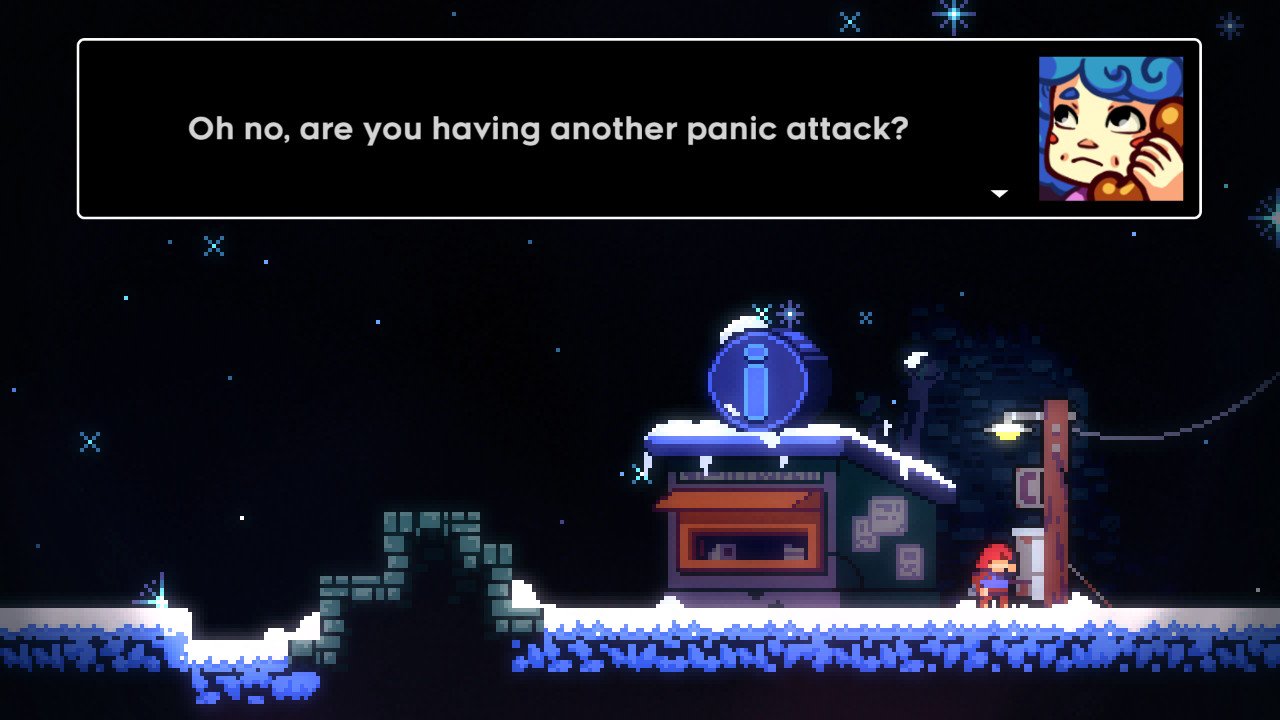 One of my favorite interactions is with a woman you meet early in the game. She’s a giver of tough love. I thought of her as an unlikely ally. She doesn’t pull any punches. Here she is laughing at me. 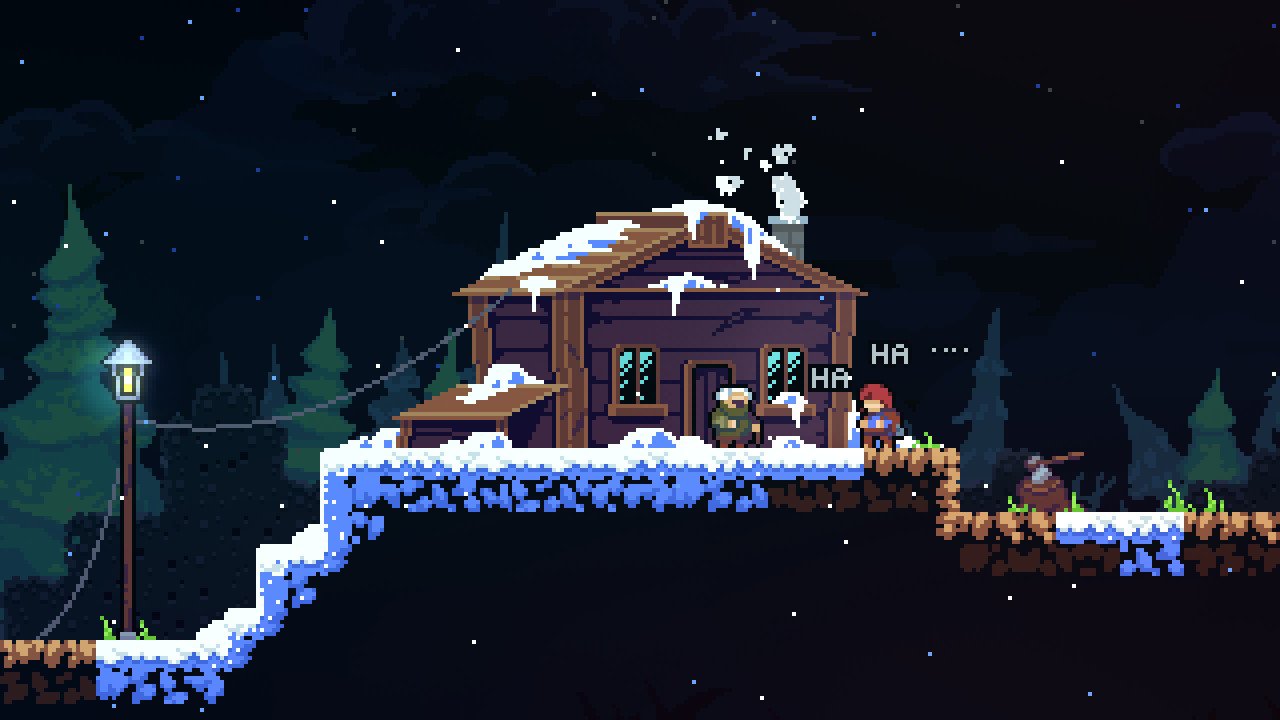 Celeste was orginally made for the PICO-8 fantasy console. I’ve played through both versions. There is a wonderful easter egg in one of the levels that pays tribute to the game’s origin.

Celeste was surprising for many reasons. One being the storyline, but others include the level design, execution of the ideas, and playtime. I’ve invested 40 hours in the game and I still haven’t made it to 100%.